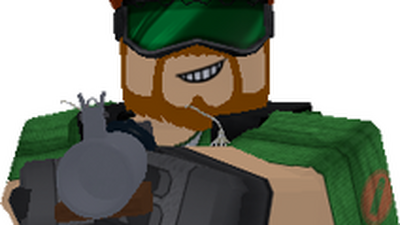 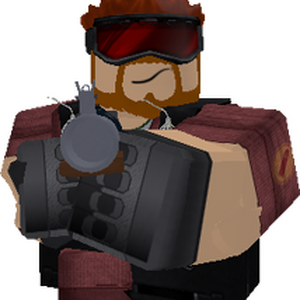 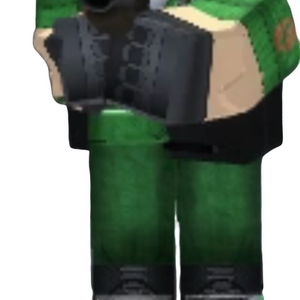 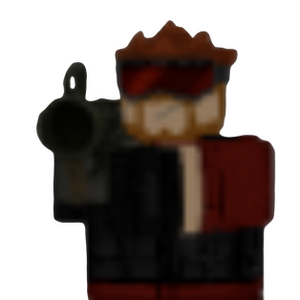 Stock grenade: a classic. does the job good for destroying a few lvl 3 sentrys 10/10

Iron bomber:good weapon against airblast happy arsonists other still good i perfer it over stock because i hate arsons 10/10

Ultimeatum:good but is too strong and annoying (annoying weapons hav a low tier) 4/10

Stock sticky: good area denial. can be used for traps and spam all out good weapon 10/10

Scottish resistance: REALLY GOOD if you dont rely on spam 9/10

Chargin targe: good for hybrid meh on full on knight 8/10

Tide turner: good mobility if its with hybrid knight use something like (i forgot the name its the one that gives charge on kill) for instant charge on kill

Too lazy to write anymore im gonna do the melee later

This weapon (Like the Camper's Climber, Maxine and Perceptionist) is based off of the weapon of the same name from the Advanced Weaponiser.

[+] Fires entire current clip at Once

[-] Projectile devotion increases based on how many shots are loaded

The Celtic Cluster would be a primary weapon for Annihilator.

So the veteran hat,

All other hats belong to the new trooper now

And unlike the tf2 medic has a license

If you have any questions on these just ask...

How did i get my information?

It is a new secondary

You have 6 of these and have to charge to place

You can only put 1 down

Can only be destroyed by melee attacks

Does as much damage as 8 stickies at once

Marked for death while planting

Placeable on all surfaces 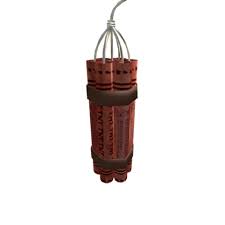 hybird or not,gimme a good one. 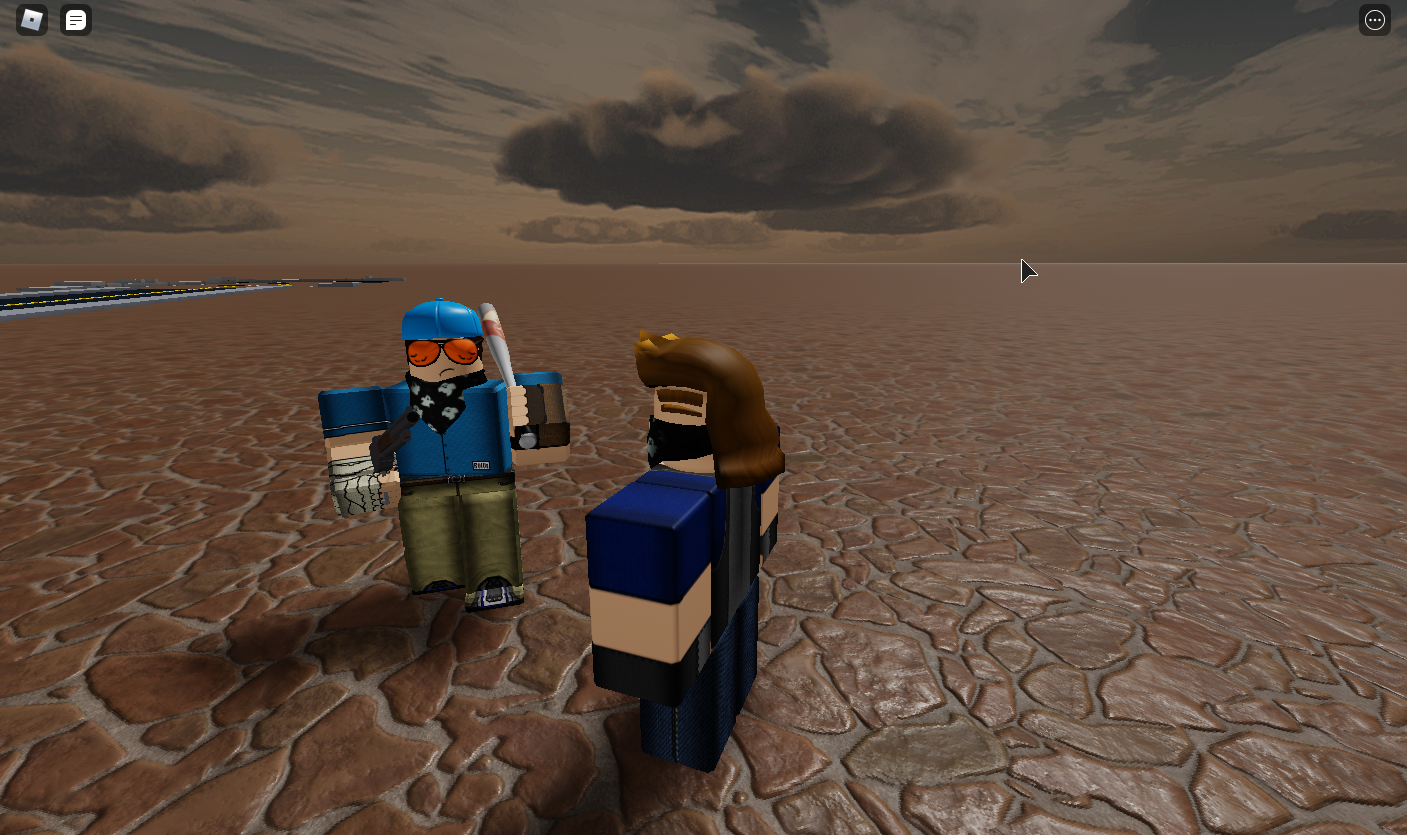 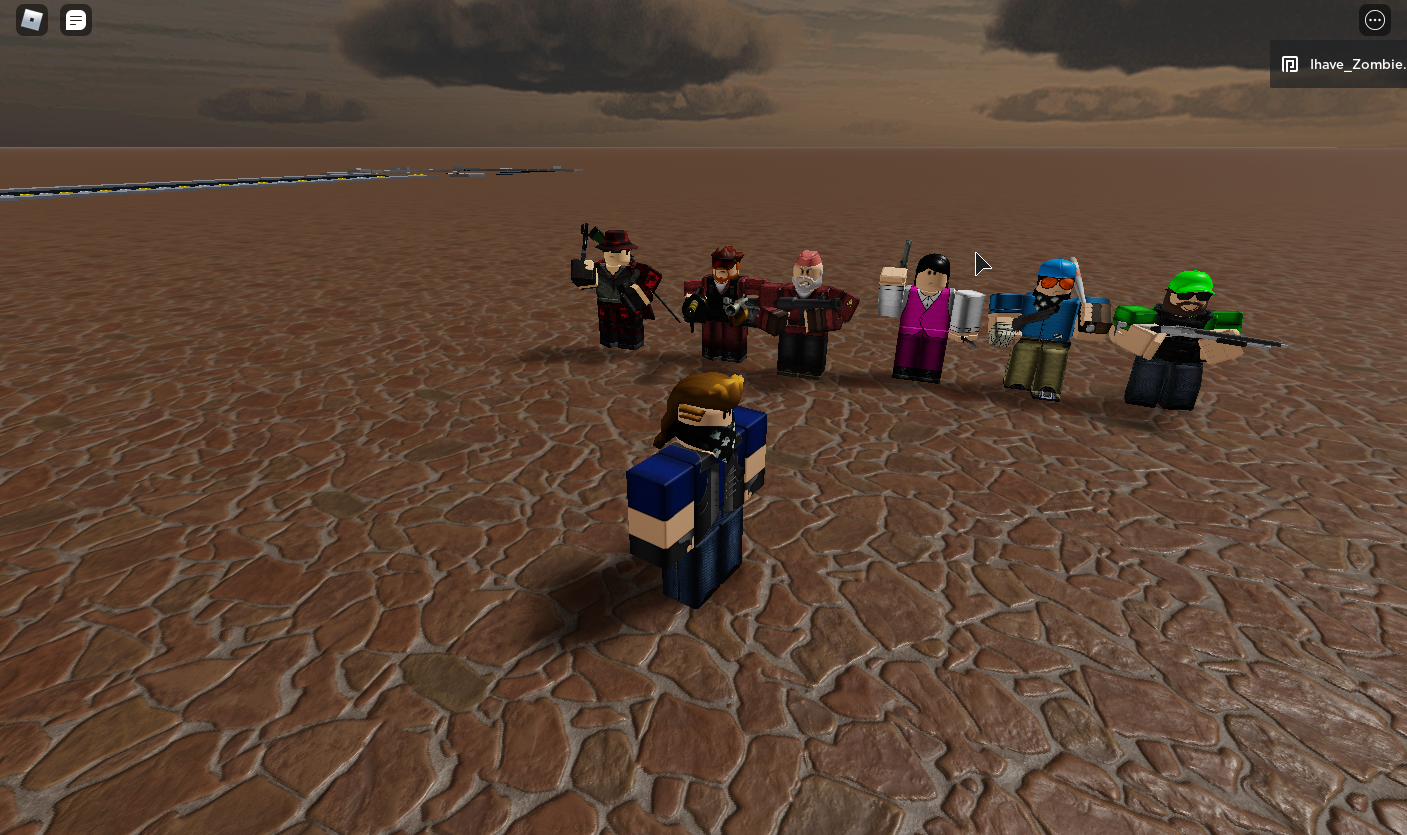 Bruh I just witnessed the stupidest yet most beautiful moment in TC2 history. Imagine this, at the last point on Blastport. A annihilator with a shield, sword and bat blockers walks out of spawn. The annihilator then proceeds to fall into the payload pit. Funniest sh-- I've seen all day, but it's not the funniest thing I've seen in my life. No, that moment belongs to a show about this scientist, the scientist turns himself into a pickle, it's called "Pickle rick", funniest sh-- I've ever seen.

The Bunsen Boiler would be a Annihilator Primary that would be more of a utility weapon that could help teammates or yourself when playing Hybrid Knight. 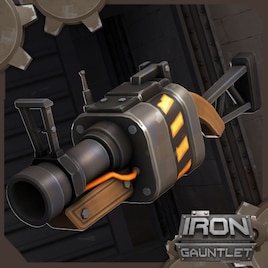 Rage: The Annipan's rage fills every opponent's screen temporarily with fake trade requests, blocking their screen whilst stun them.

Charge: The Annipan charges forward with an increased movement speed. This is the same as the ability of the Annihilator's shield. This is usually executed by pressing the right mouse button. This ability drains the amount of rage available if used and is only possible if the Annipan has between 10% and 90% rage.

Based on: Ninja Spy

Rage: Ninja Agent's rage only stuns players, but has a longer range than most other bosses. It also builds slower; a full charge takes 2500 damage instead of 1900.

Requires a total of 2500 damage to activate.

3 Lives: The Ninja Agent has three lives. When he would be killed on his first and second, he is restored to full health and time slows down for 10 seconds. During this time, he can teleport to players.

Based on: The Easter Bunny

Rage: Nearby enemies are slowed down by 12% instead of being stunned, and the Frenzy Fox will throw several cartoon bombs (Loose Cannon grenades) by holding the right mouse button that do the same amount of damage as a Annihilator's grenade when crit.

NOTE: The Frenzy Fox is pushed back by Sentry Gun bullets' projection, whereas the other bosses can stand in front of them.

Based on: Christian Brutal Sniper

Rage: The Catholic Savage Marksman gets a Huntsman with 9 arrows available.

Both Seehilator & Seeper are unique as they're played together by two different players.

Rage (Seehilator): Seeman stuns nearby players and then kills them in a large series of explosions to the tune of Grinder from the game Red Alert 2.

Rage (Seeper): All players who have been previously killed are resurrected as Seeldier clones, but with much less health and no special abilities. If Seeldier dies, all these minions die.

Use these on social media, I guess? 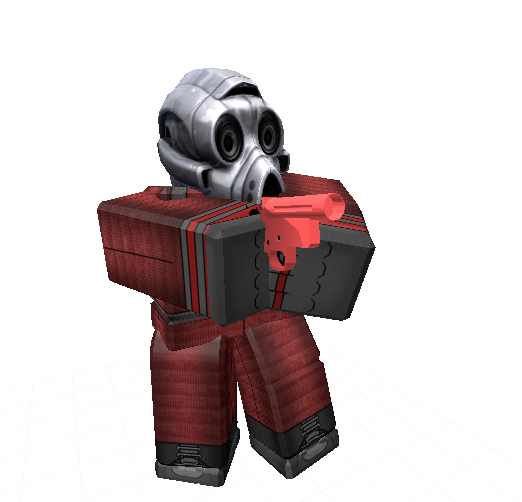 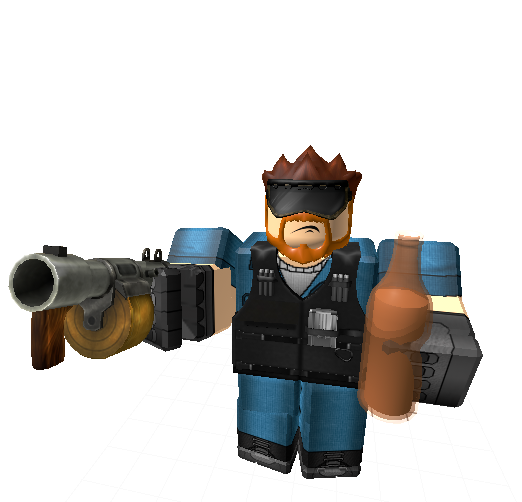 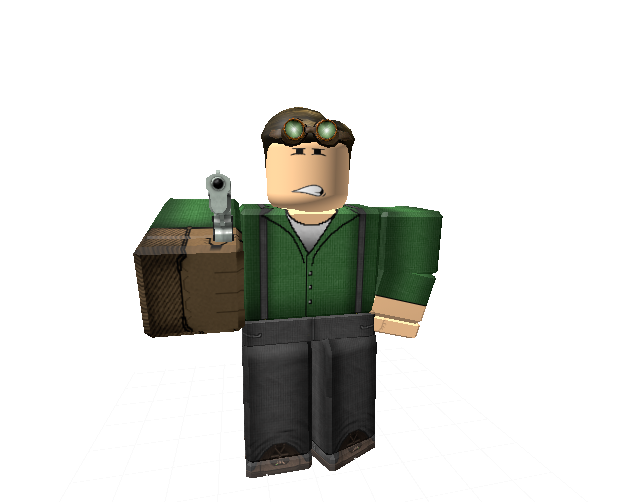 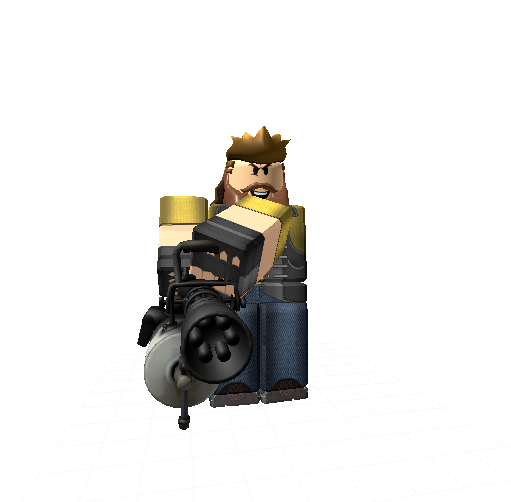 The Kùemumbo is a Annihilator Melee about being an airborne Anniknight, and that's basically it

[+] Able to Double jump while Active

How it would work 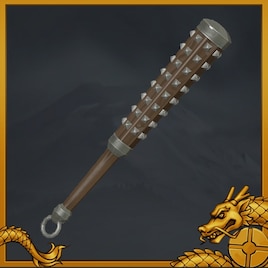 Those with tributes are useful, while the ones that don't are only cool factors (otherwise none).

Basically, it's like a more Explosive version of a Trollper.

Due to the Loch n' load's grenades exploding on surfaces, you are able to Rocket Jump with them. And from the Caber gaining Crits while blast jumping, you can basically be a Super-Trollper. Plus you can stay in the air for longer with a Shield, but you don't have to use one.

The 8th and Second-Last set of Weapon reworks & ideas. Also same with the previous two Episodes of this with Mechanic and Marksman, Most of Annihilator's weapons are Pretty Good and don't need Changing.

[+] On Hit: Apply Lemonade based on Target's distance from the Grenade

[-] -100% Splash Damage [Basically how much damage the Explosion does]

[=] This weapon does ZERO damage

[+] No self inflicted blast damage taken

[-] No Knockback from Explosion

[+] User is Granted a Second Jump

[=] Alt Fire: Charge towards your enemies and remove debuffs. Gain a Mini-crit melee strike after impacting an enemy at distance

[+] Able to Jump while Charging

[+] Able to jump while Charging

[+] On hit: Launch enemies in the Air 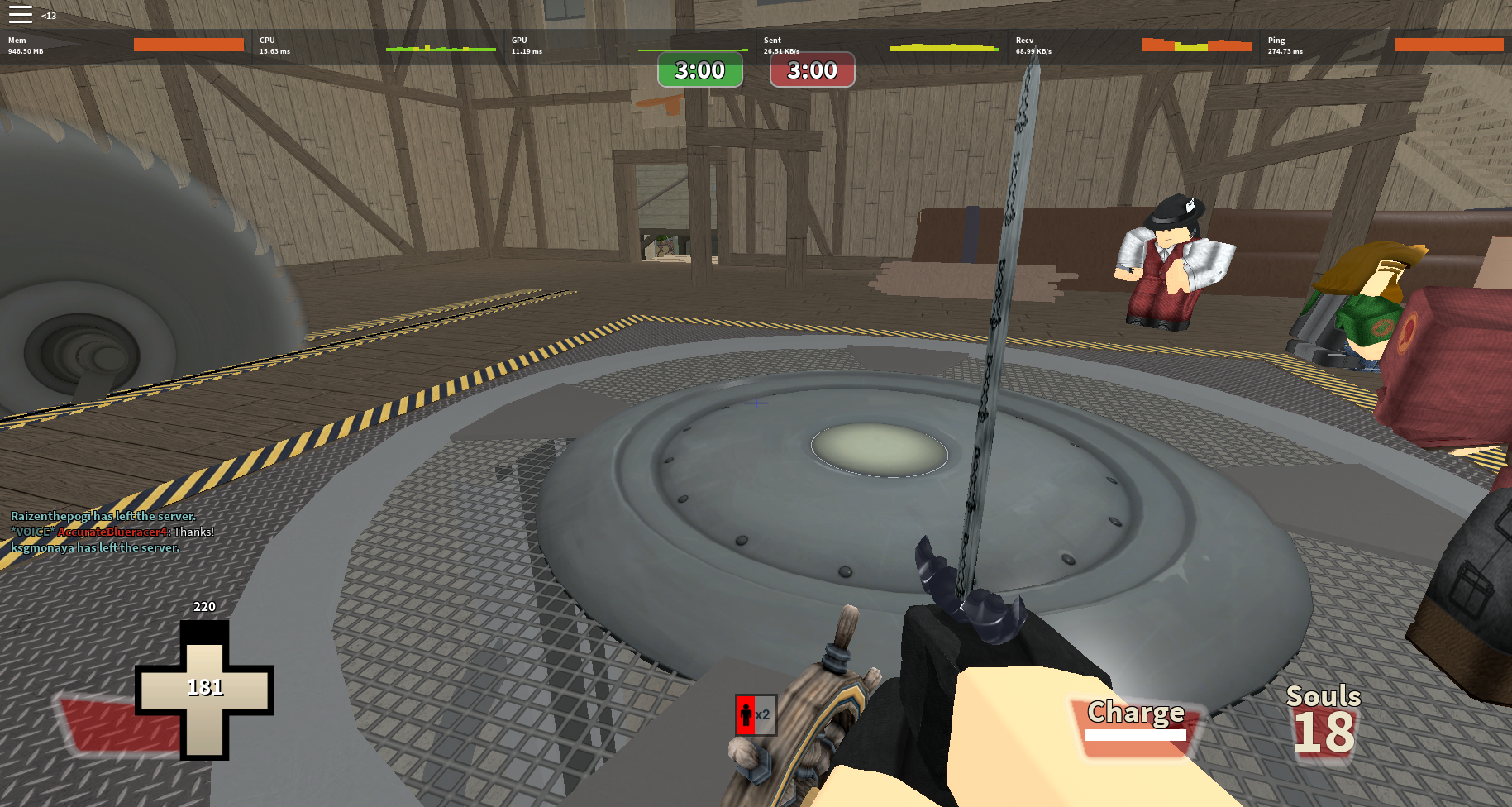 Need help putting them in their respective pages. 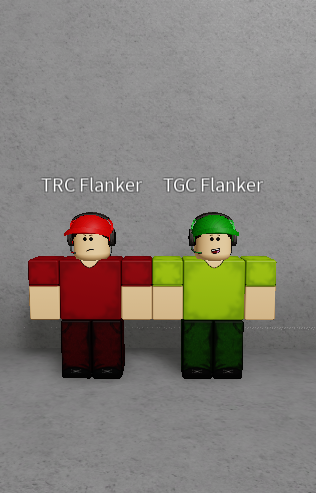 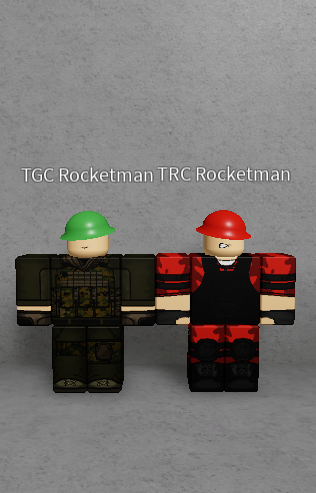 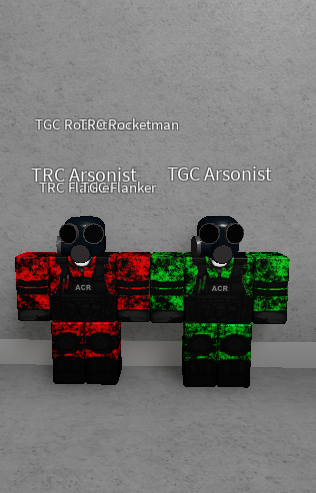 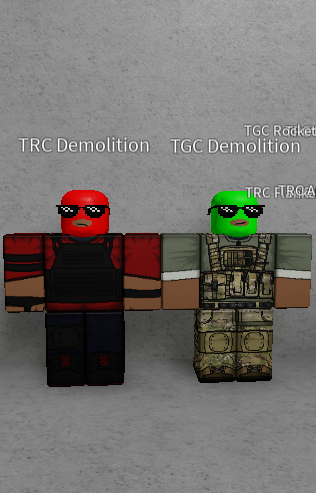 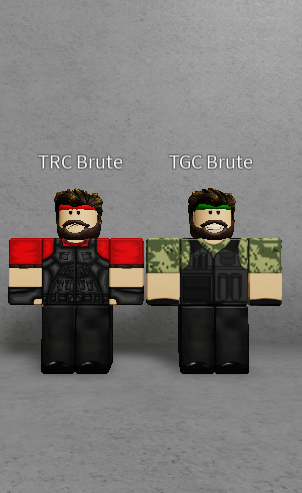 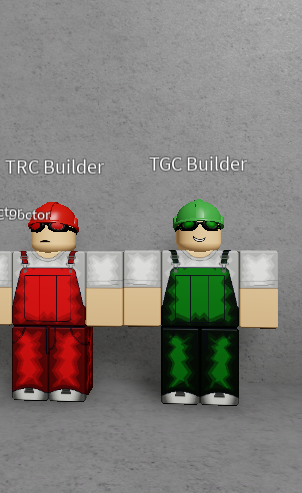 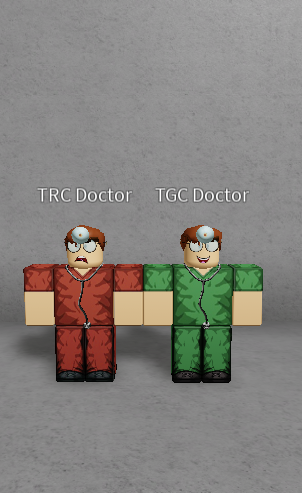 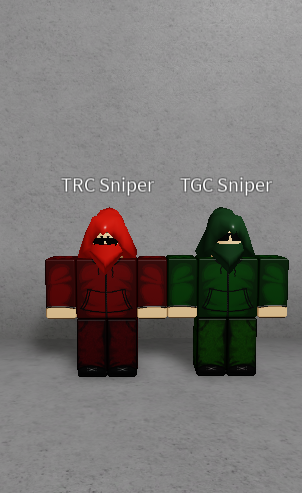 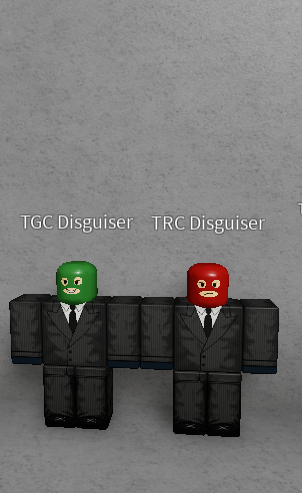 Just remember to label them as "TC1"

"A measly bat and shotgun can't do much against explosives!"

"Extremely fast or not, you're dead."

"I thought with rockets that go straight, you'd have an advantage over arcing pipe bombs!"

(This won't really work if the Trooper has the maverick lol)

"Sorry sarge, but you're gonna have to be a part of war history!"

"Being able to reflect my bombs doesn't mean you can still be DOMINATED!"

"I think I extinguished the fire."

"How'd you even EARN that grenade launcher?"

"Giant Minigun that can destroy teams upon teams.... Versus a guy with a Grenade and Stickybomb launcher."

"Hey, mind if I have a piece of your burger too?"

"I think I just drove you straight to 'yer grave!"

"Next time, use a gun, and not one of those stupid robot ones."

"It's time to meet your 3rd biggest counter, Bob the Builder." (Rare)

"Go back to your Doctor's office!"

"Try to get a beefier weapon, not one of those tiny syringe-needle shooter things."

"You may have supercharge, but that's not effective when I annihilate you and your team with a big Sticky trap!"

"You have long range, I have explosives."

"DOMINATED, and go back to your lemonade stand!"

"Come buy our fresh lemonade, only 5 cents a cup!"

"Go back to your pizzeria you backstabbing nut!"

"No need to disguise when I can clearly see right through it!"

"They were too lazy to give you a voice actor, HAHAHAHAHA!" (Rare) (Might become removed once Agent recieves an actual voice actor.